END_OF_DOCUMENT_TOKEN_TO_BE_REPLACED

Java Heap is a labyrinth. You can spend hours or even days analyzing a heap dump from a production Java application. Heap is where all the objects created by your application live. And even in a relatively simple application, there could be hundreds of thousands of objects created. When dealing with Java memory leak, you know you are looking for one the following (or both):

Fortunately, Appdynamics provides a feature using which you can easily reveal both of the above cases. Let’s get right to it.

END_OF_DOCUMENT_TOKEN_TO_BE_REPLACED

How to create custom monitoring dashboards in AppDynamics?

Custom Dashboard is one of the most powerful features of AppDynamics. It lets you group monitoring metrics that are relevant (and make sense to the user) in one central dashboard. Custom Dashboards are ‘read only’ elements. So, you don’t have to worry about users updating any Appdynamics configuration. You can build sophisticated dashboards with drill down capabilities.

To create a new custom dashboard, click on the icon at the top and choose ‘Custom Dashboards’ as shown below 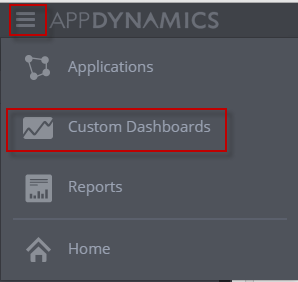 END_OF_DOCUMENT_TOKEN_TO_BE_REPLACED

How to instrument a Java application with AppDynamics?

Agent is a vital part of Appdynamics framework. It is the agent that acts like a workhorse to pull metrics from the Application and push it to the Controller. Agent is a piece of software that is installed ON your application. The only function of the agent is to pull the monitoring metrics and send them to the AppDynamics Controller where the data is crunched and made available via the Controller UI. Note that there is NO need of a code change in your application. There is however a setup/configuration change required depending on the platform. In this article, I will explain how to instrument a Java Application.

END_OF_DOCUMENT_TOKEN_TO_BE_REPLACED

What good is an APM solution without a solid Alerting system that is easy to configure? Appdynamics alerting system is very robust with lots of options to customize.

First of all, AppDynamics comes with several pre built alerts with thresholds that are dynamically learned. This means without configuring anything, you get out-of-the-box alerting. This default alerting is visible in the Dashboard via the coloring scheme (for example, a node icon turning RED). However, the default alerting is not enough for most cases. You would want to customize the default ones, and perhaps add your own.