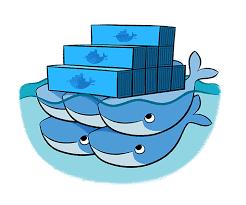 END_OF_DOCUMENT_TOKEN_TO_BE_REPLACED

How to view critical Application Metrics in AppDynamics? – Part 1

So you have installed AppDynamics Controller, instrumented a simple Java Application and even viewed it from AppDynamics Controller UI. You have come a long way. Excellent work! In this blog post, I’ll take you a step further by showing you how to view critical Application Metrics in the UI. In order to get to see various monitoring metrics, let us use a more sophisticated application (one with a backend database).

Fortunately a sample application is available at github specifically for this purpose. Kudos to the developers who made this available to all of us. The application is based on Docker (no surprise there) so you need to have Docker installed in your server that you are planning to use as the Application host. If you don’t want to go this route, simply instrument one of your applications (preferably in Dev environment).

Here are the steps to install the docker based sample application.

END_OF_DOCUMENT_TOKEN_TO_BE_REPLACED

How to instrument a Java Application with AppDynamics?

Now that you have your AppDynamics Controller up and humming, the next step is to instrument an Application to see the awesomeness of AppDynamics in practice.

For this blog post, I’ve chosen a very simple Java Web Application running on a tomcat server (It is the ‘sample’ application that comes with tomcat). The instrumentation process is fairly straight forward. While what I’m about to show is fairly manual, in real world scenarios involving hundreds of servers, you will be using some sort of automation 🙂

At high level, here is the procedure:

END_OF_DOCUMENT_TOKEN_TO_BE_REPLACED

How to install AppDynamics Controller in Mac?